Wow! I woke up to a voice message from an elderly gentleman from Cleveland, Ohio (my home town) who had just finished my book and wanted to commend me on it and share stories with me.

I waited while my Keurig poured my first cup of coffee into my Mindful Mug and had a few precious mindful sips before walking up to my office to return his call. 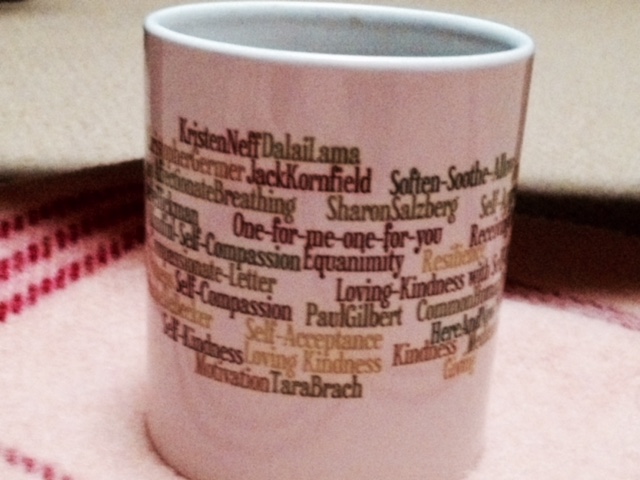 I’d never met this 91-year-old named Jack, but I’ve known his son on and off since high school. His son Mark is a fabulous musician that worked on some tunes with my daughter Danielle, and Jack had the occasion to listen to them some years ago. We talked about Danielle’s talent, and the hope that her music might be what heals her and get’s her through her tortuous twenties while she is doing the hard work of trying to make the garden of her brain flower with healthy flowers instead of weeds.

Jack shared with me how difficult the journey was for his daughter, who came out as gay in the ‘70s when it was less accepted by society. He said they had a terrible therapist at the time who made things so much more painful by counseling that his daughter was just going through a phase of liking girls, a phase that she would grow out of and then she would be a normal heterosexual.

“There were no cell phones in those days,” he said. “She moved away and we had an 800 number so she could call home and let us know she was okay.”

Jack is beyond proud that his daughter’s circuitous path led to her not only to going to college, but to completing a master’s degree and then a Ph.D. It’s no accident that she is in the healing profession. I’ve found many healers who went into that business because of working out their own personal pain and suffering. I had no idea that he had called Warwick’s, our local bookstore, and purchased the book asking the staff to have me inscribe the book to his daughter, Beth, the night of my book event.

Jack is hoping that my book encourages Beth to write her story. I hope so too.

We ended the call after he shared with me that he has studied all religions and has come to the deep understanding that we are all children of God, all children of the Universe, all connected as one.

“It’s an honor that you read my book. It’s a privilege that you called me to discuss it. You made my day,” I said.

I wish Jack, at age 91, many more healthy, happy years filled with health, peace, and ease.