Reflections on 365 Days of Sorrow and Healing

My mom took her last breath at 3:10 p.m. on February 29, 2016. I whispered the Shema prayer in her ear and urged her to “go with God” before she became still. Although she and my Dad had broken with the traditions of the Jewish religion years before she passed, as she neared the end of her days and the Rabbi sat next to her bed, the religion of her childhood became comforting to her.

The past twelve months have been a journey that I could not have anticipated nor understood from reading books on grief. In the mindfulness world, when I am teaching students how to feel emotions as sensations in their bodies and how to have a “knowingness” in their bones, we call this a “felt sense.” There is no way I could have had a felt sense of losing my mother until I actually lost her.

The first couple of months I was haunted by flash backs of her final weeks and days. I felt enormous anger at the Hospice that we used for their humongous shortcomings, and I felt a deep sorrow that I couldn’t alleviate her fear of dying. I was also worried, and this sounds crazy, about whether she was o.k. where ever she went after she died. She was never comfortable alone. I am a pretty logical person so sharing that I was worried about someone after they had already departed this earth sounds bizarre. But that’s the truth. I felt worried that she was scared.

As time went on, my bad memories were replaced by sweet memories. That’s what the books on grief say might happen. Each holiday got a little easier than the last, but all of the holidays, birthdays, and my parents’ anniversary were tough. It’s difficult to know whether to raise the issue with my Dad. On what would have been my folk’s 65th anniversary, my sisters and I decided not to mention it to my Dad for fear of upsetting him. We were hanging out with him, not mentioning the white elephant in the room. We found out days later that he thought we forgot about their anniversary! My sister flew to San Diego from Miami just to hang out and not mention the anniversary! So now, we say the words…today I asked my Dad whether he wanted to light a candle for the anniversary of my mom’s passing. 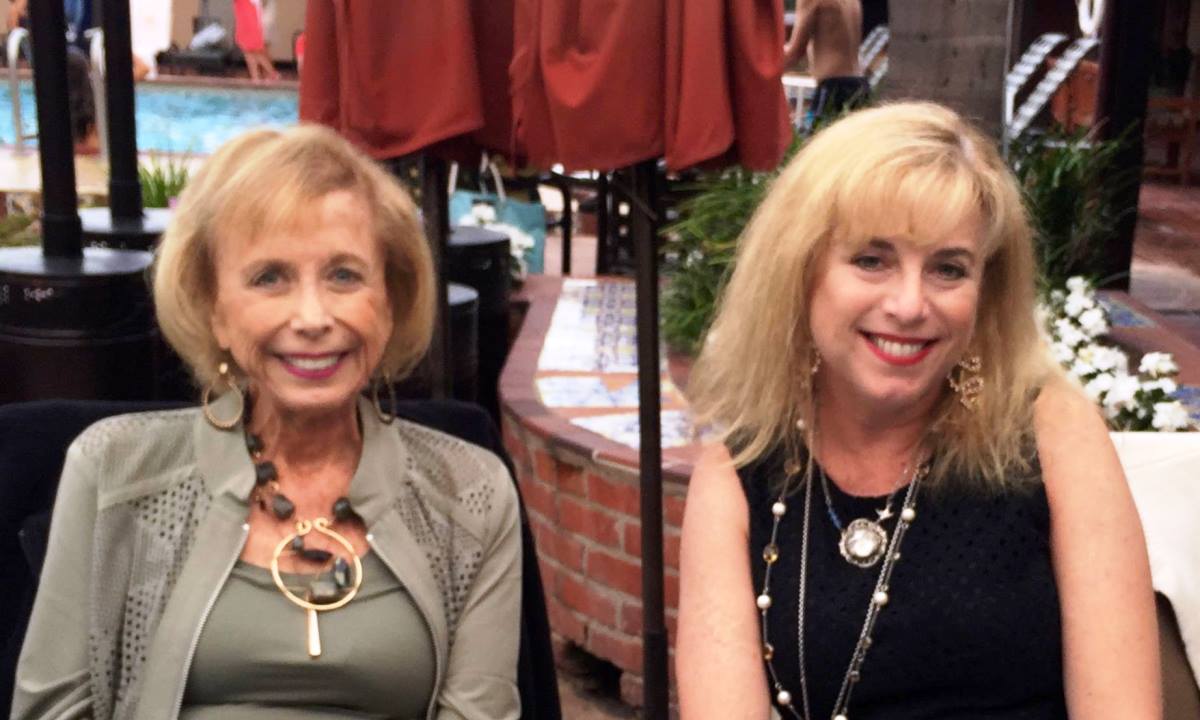 When February rolled along and I started feeling like my grief process was sliding backwards. I was having visceral memories of last February. Images that I thought I had let go were popping up with emotions attached that were raw like this time last year. I’ve done so much good work – so much mindfulness, meditation and self-compassion work, so I was surprised that this muck was bubbling back up in me.

Last week I had an incredible session with my therapist. I told her in graphic detail about the surgery and hospital visits during the last year of my mom’s life. I told her about the last month of my mom’s life and her last week at home where she passed away. I told her what I saw and how I felt about what I saw. My therapist said, “Now you are going to feel better. You never told me all this before.” It was as if she waved a magic wand. I walked out of her office feeling lighter than when I walked in.

For this past week I have been reflecting on what occurred in therapy that resulted in my incredible lightness of being. Here is what I have discovered so far: no matter how much personal development I have done, and no matter how many friends I have that wish to be supportive, there is nothing as liberating as pouring my guts out to my therapist because I don’t have to worry about the effect my story has on her. I don’t have to take care of her. She has a professional coat of armor.

I lighted a candle and said a prayer for my mom last night. Today begins anew.